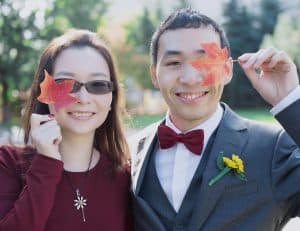 For beginners, you can follow this tutorial for important statistical concepts required for data science. This tutorial serves as a reference or a cheat sheet if you already learned the basics of statistics.

What is Statistics for Data Science?

Statistics is the science that deals with the collection, analysis, interpretation, and presentation of data. Data Science is a hybrid of different fields, including statistics, mathematics, computer science, etc. A data scientist with strong programming skills can’t make decent analyses without basic statistical theories and techniques.

So let’s look at some key terms to begin the applied statistics for data science tutorial.

When trying to solve a problem using statistics, we often want to study a particular population. Due to the large size, it’s not always feasible to collect data on the entire population, so we often focus the analysis on a chosen subset called sample. For example, we can study a sample of 1000 customers by giving them surveys to infer all the companies’ customers’ behavior.

During this process, different experiment designs and/or random sampling methods are used. The goal is to make sure the sample is well representative of the population. That way, we can extend the conclusions and inferences drawn from the sample analysis to the entire population.

Although these terms may sound unfamiliar, the statistics concepts are used frequently in daily life. Some common applications you probably encountered include:

So you are likely already using statistics without noticing!

Since data is the core of statistics, let’s look at the main categories of data in statistics.

It’s critical to understand the difference between types of data. For each type, we use different techniques to analyze them, which you will see in the examples later.

Most data can be divided into two types: numerical and categorical.

The numerical (quantitative) data is in the format of numbers and has a mathematical meaning. We can perform mathematical operations to get measures like minimum, maximum, and average. The numerical data can also be further divided into discrete (countable) and continuous (uncountable).

The categorical (qualitative) data is often in the format of names or labels used to represent different categories. Since categorical data is represented by text strings, we can’t perform numerical analysis on it. Categorical data also has subcategories: nominal (without order) and ordinal (ordered or ranked).

For example, when collecting data about a group of students:

Now, with the overall picture of data types, let’s look at different statistical methods to extract information from the data. The two main methods are descriptive statistics and inferential statistics. We’ll learn them one by one.

After loading in a dataset, the first thing to do is data exploration. We often use descriptive statistics (numerical measures or graphs) to organize and summarize the sample dataset.

It’s essential to look at some descriptive statistics before starting the analysis. We not only need to understand the data, but also need to clean the errors, missing values, or unexpected values before moving further.

Let’s see some popular descriptive statistics for data science. We’ll first see the definitions, the examples in Python will follow.

After studying the center of the dataset, it’s also important to know the variation of the data from the center.

We’ve been showing a lot of definitions, let’s see some examples.

Note: you don’t have to know Python to understand the examples since the code is straightforward to read.

Below we constructed a random sample of numerical values of size 10.

The values within the sample are below. They are continuous numerical data.

It is obvious to notice the minimum and maximum values by looking at the sample.
Note that the 50th percentile is also the median or the second quartile, which is not the observed value in the sample. It’s (8.17089294 + 4.14679754)/2, which has half of the data greater than and the other half less than its value.

Based on the above five-number summary, let’s look at the boxplot. The end of the “whiskers” are the min and max from the sample. The first and third quartiles represent the two ends of the box, while the median is the middle line of the box.

We can also plot its histogram.

The histogram has bin size chosen by Python and the height of the bars showing the frequency count.

We can look at its frequency count.

We can also find its mode, which is obviously category E.

The popular plot for categorical data is a bar plot.

Further Learnings:
To learn more about Python basics, check out our FREE Python for Data Science course.
With basic knowledge of Python and statistics, check out How to use Python Seaborn for Exploratory Data Analysis for more graphs and plots in Python.

As mentioned earlier, we often have to conclude a population by studying the sample. Statistical inference is the formal process of determining how confident we are about the conclusions with probability theory. So unlike descriptive statistics, which only describe properties of the observed data, we are making inferences about the population with inferential statistics.

The inferential statistics analysis assumes the sample is from a broader population. For example, we could assume the sample is generated from a specific probability distribution. To infer the characteristics of the assumed population, we need to conduct hypothesis testing, parameter estimation, or regression analysis.

Let’s first look at some basic probability distributions. The distributions have parameters that determine its characteristics, which can be estimated by statistics derived from the sample dataset.

When facing probability problems, we often try to find patterns or distribution functions to fit the data. These distributions with well-studied characteristics make solving these problems easier.

What are some of the commonly used distributions in data science?

The normal (Gaussian) distribution is the most important probability distribution. It’s a continuous distribution with the characteristic symmetric bell-shaped probability density function. Even though the normal distribution doesn’t always appear in reality, it’s often assumed in statistical inferences due to the powerful Central Limit Theorem.

The Gamma distribution is a family of continuous distributions, which can be used to model positive numbers (0 to +infinity). This family of distribution has various shapes with different combinations of the two parameter values.

The Uniform distribution is one of the easiest to understand continuous distributions. It describes an experiment when there’s equally likely outcome lying between two boundaries a and b. It’s often used in simulations and Bayesian analysis.

The Bernoulli distribution is a special case of Binomial when n = 1, i.e. when there’s only one experiment. It’s used to understand the logistic regression algorithm.

Hypothesis testing involves collecting data from a sample and evaluating the data. Based on the tests, we decide whether there is sufficient evidence, based upon analyses of the data, to reject the null hypothesis.

The general procedures of hypothesis testing can be summarized below:

How do we make the decision?

Another essential concept is the p-value. It’s calculated based on the test statistics of the sample and its distribution. When the null hypothesis is true, the p-value is the probability of the results from another randomly selected sample being at least as extreme as the results obtained from the current sample. Once we have the p-value, it’s often compared to a preset significance level α (0.05 is the most commonly used level):

So far, we’ve been mainly talking about a single variable. What if the data contains multiple variables, how to study the relationships among them?

That’s all the core statistics for data science!

You should have a good overall understanding of the statistical concepts that are used for data science. Note that each concept can be expanded to more details, keep discovering and learning!

Leave a comment for any questions you may have or anything else.

This is a complete tutorial to machine learning algorithm types for ML beginners. Start learning ML with this overview, including a list of popular algorithms.

This is a complete tutorial for logistic regression in machine learning. Learn the popular supervised classification predictive algorithm step-by-step. 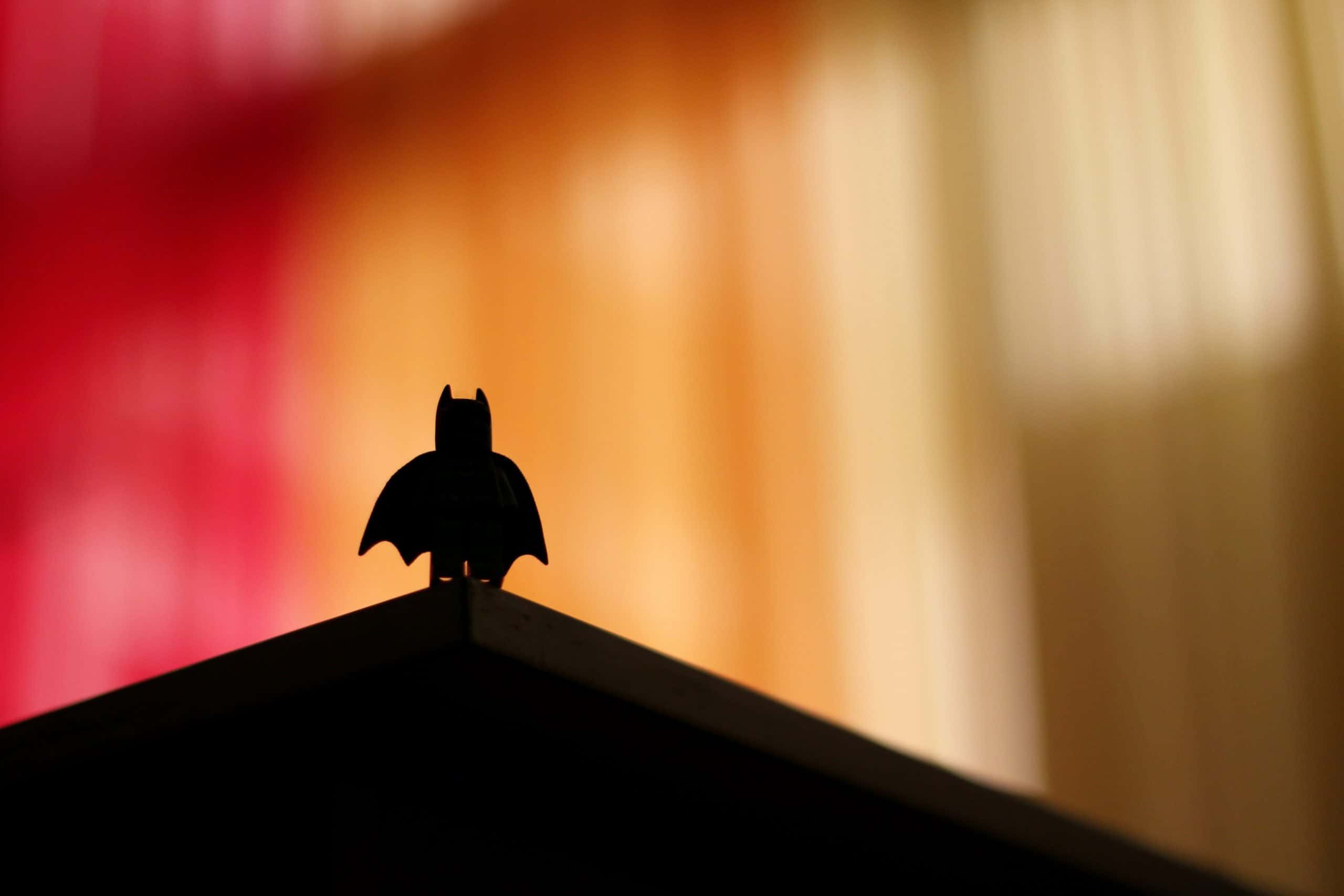 This is a quick tutorial for SQL database management for beginners.
Learn and Master essential SQL commands with this guide with examples.

This is a practical guide to the cross-validation method in machine learning.
Learn how to validate your model efficiently with a Python sklearn example.

This is a complete tutorial to the decision tree model and algorithm in machine learning.
Learn how to create predictive trees with Python example.